Musings and marginalia from a freelance writer

To continue where we left off [a post a day? I apologise to my singular Googlebot for all the extra work] we can talk about some of the threads that run through China’s work. 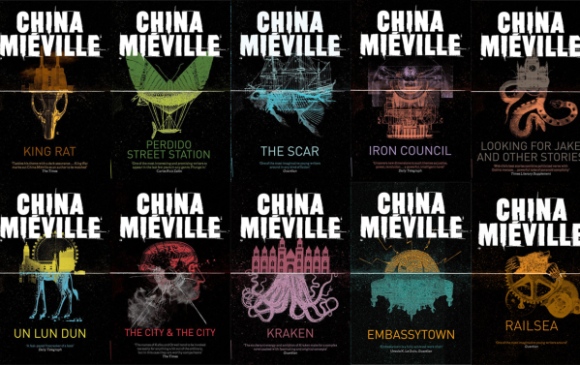 A Critique of Modernity

Especially true for TC&C, Last Days of New Paris, and the Bas-Lag series. Modernity can be simplified as everything that happened from the Enlightenment onwards; the Industrial Revolution, mass production and consumption, the ascent of materialist science and secular society. It’s usually valorized as a ‘victory of Reason’ over our supposed superstitious and feudal past. It has many critics however, and to this list I would add a large chunk of China Miéville’s books.

One of the problems baked-into Modernity is that it can be seen as a rebirth of Telos into the cultural narrative (or rather; the telos never went away).

The enlightenment supposedly dethroned God and the Divine Right of Kings, and instead posited that man’s essential nature, without the shackles of belief, was the point of history. Through their gifts of Reason and Logic, they could understand the universe and remake it. This is a rather prosaic way of saying that Reason – in that philosophical sense – was telos. The goal was no longer to live according to a divine schema, but instead to progress the rule and development of Humanity. Rationality, not feelings or impulses, were the most desirable mode of being. Truth with a capital T could be discovered. Actions and institutions that were functional, had a purpose and a rationale became what characterised the new Modernity(1).

Contrast this then, with the weird of Bas-Lag; an industrialist fantasy set against the backdrop of a world that is cosmically broken, has mutant evolution, erratic geometries and recalcitrant physics(2). It can easily be argued that there is no telos hardwired into this universe. In a narrative sense, characters still have the mandate of individuation, salvation and grace as all fictional characters do – but they are thrust up against a world that neither cares or even understands their human needs(3).

This is all a bit gloomy, right? Well – hold on for the next bit…

TC&C and Last Days of New Paris are probably China’s most well-aimed attacks against Modernity, written from within avant-garde literature. In TC&C the twin city of Bészel-Ul Quoma points at a disjunction at the heart of Modernity itself; that telos and rationality can work to kill the elaborate, diverse, imaginative life as much as it can be used to advance our goals.  Reality becomes codified into smaller, soulless bureaucratic units, and the City – itself the epitome of Modernist imagination (everything ordered to a purpose, mechanistically homeostatic) – is fatally divisive.

Residents of the Twin City of TC&C are so psychically divided in fact, that they can no longer even see each other, and to do so – to acknowledge that life is not constrained by boxes – invokes the Breach, the gravest sin.

China further sharpens this critique in Last Days of New Paris, with the final boss reveal (I won’t tell who who it is because, well, you’ll understand when you read it), whose gaze has the ability like the Medusa, to transform everything it sees. Only this guy turns everything into it’s own functionalist, austere, soulless machine-state. No hidden subtext there.

With the introduction of the Bas-Lag books into world fantasy in the nineties, and the subsequent ripple-effects through the genre, we saw the rise of a new subgroup called the New Weird, with writers like Jeff Vandermeer, Steph Swainston, Ian R. MacLeod, Thomas Ligotti and many more laying out the territory. Although the term is a bit outdated now, it was a great burst of the strange onto the literary stage, with elements of magical realism, horror, postmodernist literature and outright bizarreness.

The weird – as a concept – can be seen as a pushback against telos and modernity. It is the often disturbing, confusing, sometimes surreal edges of our lives where reality and dreams can slide into each other, and the normal rules no longer apply. It isn’t just characterized by weird-shit happening, but on a deeper level pointing to that almost numinous state of otherness(4). That beyond the boxes and the reasons we surround ourselves with, there is an experience of the odd, the devastating, the transfiguring, and even the transcendent. This is seen in Kraken, an urban fantasy where the city of London is reconfigured into a mythic landscape where rebel-monsters and cultists battle for a relic that could redefine reality.

...And Talking of the Beeb...
Machinated-Caffeinated